Carry On Wayward Son is a song by Kansas. It is the second encore song in Guitar Hero II for PlayStation 2 and the first song for the 3rd tier on the Xbox 360 version. The song later appeared in Guitar Hero: Smash Hits in the 5th tier and later in Guitar Hero Live's GHTV mode on October 25, 2016 in the Forever Classic Rock premium show but was originally previewed on demand in GHTV on October 3, 2016 for a limited amount of time.

On Expert, Carry On Wayward son is easy, but the guitar solos and be difficult for all the HO'S and PO'S in Guitar Hero II. 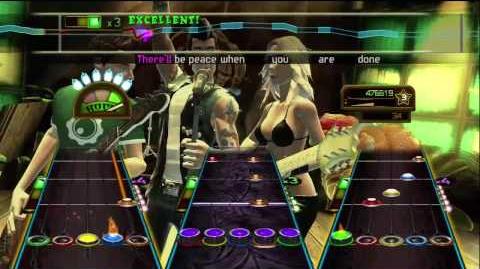