Dirty Little Secret is a song by the power pop band All-American Rejects which appears on their 2005 album Move Along. It appears in Guitar Hero On Tour: Decades for the Nintendo DS as the first song in the Modern venue, and later in Band Hero.

This song consists of mostly simple riffs and chord progressions, it shouldn't be any problem to pass it. The bridge might be harder to newer players. It's the first song in the first tier, so it's naturally easy and good for beginners. 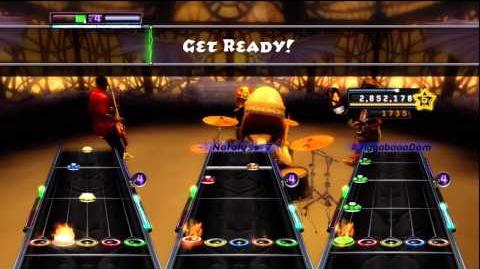