Fat Lip is the first single from pop punk band Sum 41's album, All Killer No Filler, and is sometimes considered to be Sum 41's best song. Despite its popularity, it never made it to Smash Hits for reasons unknown. However, it was a downloadable song for Guitar Hero 5, and appeared in Guitar Hero Live, which both now contain the Master Track.

Despite its speed, Fat Lip is somewhat easy, the only tough parts being the pre-chorus and perhaps the iconic opening riff.

It's the only song in Guitar Hero to feature an expletive, which is censored in the cover by saying "shh" in place of "s***." However, in Guitar Hero Live, the s*** is no longer censored, even though it was in previous Guitar Hero games. 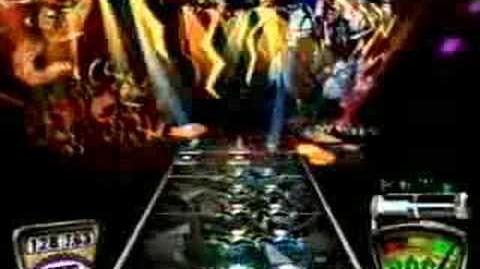