I Believe in a Thing Called Love

I Believe in a Thing Called Love is from The Darkness' first album Permission to Land. This song, being one of the most popular songs on the album, was turned into a single that reached #2 on the UK Singles Chart. This song only appeared on Guitar Hero On Tour: Decades.

This song starts simple enough, but and for the most part stays easy throughout the song.It has three guitar solos. Solo1 is extremely easy, Solo2 is fairly difficult, and while Solo3 is very hard, it isn't easy to fail. 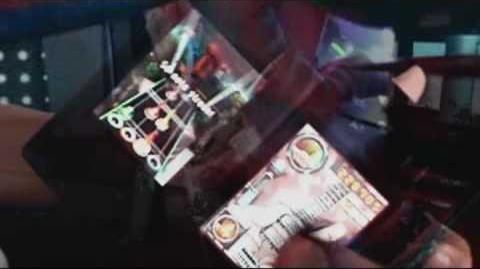