Killer Queen was Queen's breakthrough hit. It is one of the most complex songs that they have ever recorded. It appeared on their third studio album, Sheer Heart Attack.

This is one of the easier songs in the game, but the hammer-on sections can be difficult. This can be remedied by strumming them. Some say that this song was misplaced and should be on either the 2nd or 4th tier, while others say that its fine where it is. The song is difficult to sing because of Freddie's high vocal ranges. 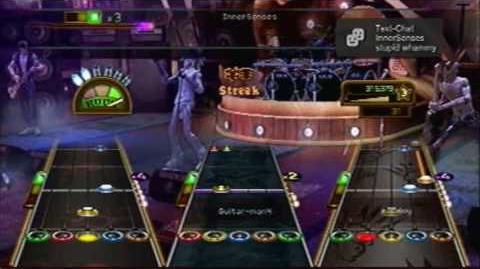