WikiHero
Register
Don't have an account?
Sign In
in: Songs, Songs by Foo Fighters, Cover versions,
and 16 more

Monkey Wrench is one of the easiest songs to score over 300,000 points on. It also has a very high 5 star cutoff for how early it appears.

The series of chords can be difficult to many inexperienced players, but to veteran players, this song is considered one of the easiest songs in the game. The best way to go is practice. Once one gets the sequence of the chorus, the song should seem much easier. 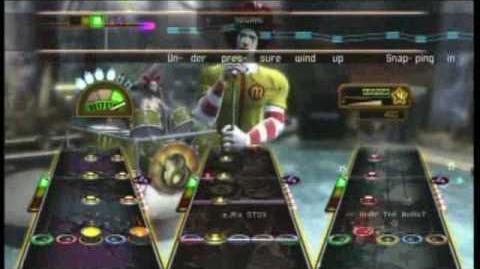