Although not too difficult for those who can complete expert guitar career, the song still has some of the hardest guitar solos in the game.

Mr. Crowley, like Crazy Train, features some of the hardest solo material in World Tour, not to be underestimated by even expert GH players. First-time players: be ready, for these solos can wipe you out if you aren't ready. Both are listed under the top 30 solos of all-time, and, contrary to popular belief, both tracks (Crazy Train as well) were not played by Zakk Wylde on guitar in real life, but instead classic guitarist Randy Rhoads, a great player who died in a plane crash not too long after these albums.

Speaking of the bass, the verses and the beginning are fairly simple. There may be about two complex hammer on chords (Open Strum-R-Y-R-G-R) in the middle of the verses, but the parts to watch out for are the final solos. These parts can cause some difficulty, especially with the quick several notes in a row (Hint: When this part comes, there is about 1 minute left in the song). 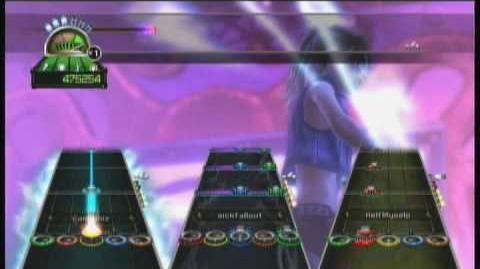