Psychobilly Freakout by The Reverend Horton Heat is a song in the 7th Tier of Guitar Hero II, Furious Fretwork. It is considered to be one of the harder Guitar Hero songs, due to its sheer speed and insanity. One of the toughest sections in the song is the "snake" of chords that appears when the singer says "You're off, we're off, you're off!" multiple times (similar to Before I Forget). The song later appeared in Guitar Hero Smash Hits, available for full Band play, with the master track. Singing this song is very easy, hence the reason why it has a 10% difficulty when exported. Nearly the entire song consists of spoken lyrics, and the choruses have very few singing phrases, all at an easy key. 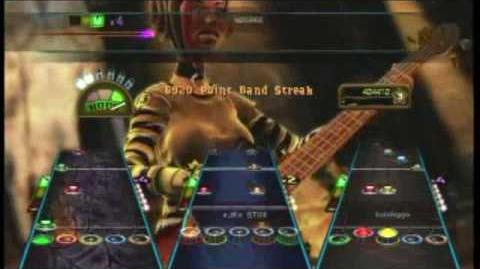 This Guitar Hero II Songs article is a stub. You can help WikiHero by expanding it.