WikiHero
Register
Don't have an account?
Sign In
Advertisement
in: Songs played on the PlayStation series, Songs, Songs by Mötley Crüe,
and 14 more

Shout At The Devil

Shout at the Devil is the title song of rock band Mötley Crüe's 1983 album. Written by bassist Nikki Sixx, it is one of Mötley Crüe's most well known songs. It was also lator rerecorded in 1997 for the album Generation Swine. It is featured in Guitar Hero II as the first song in the Playstation 2 version of the game and the first encore song in the Xbox 360 version. As for actually playing the song it is relatively simple (given its placement in the first tier in both games) and with the short solo this is an easy FC that shouldn't give you too many problems. 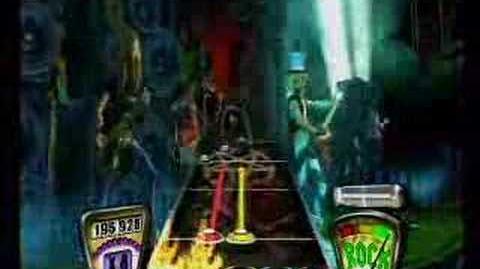