This song is considered one of the easiest songs in the entire Guitar Hero series. Its riff is very well known, and many people know the riff without knowing what song it is from.

By far song is easy on any Guitar Hero but not considered the easiest. Yet, the player shouldn't have any problems playing this song. The only part that players do need to be aware though, is the guitar solo which could slightly try to throw the player off from getting 100%. The only problem is is that it is rather long. 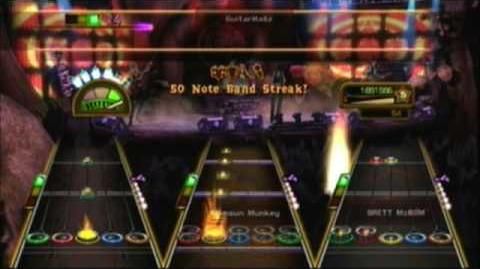 Retrieved from "https://guitarhero.fandom.com/wiki/Smoke_on_the_Water?oldid=34726"
Community content is available under CC-BY-SA unless otherwise noted.