Take Me Out was the second single released from the band's self-titled debut album Franz Ferdinand, and was the album's first breakthrough single after Darts of Pleasure, released late in 2003, peaked at #44 in the UK Singles Chart. Take Me Out was released in January 2004, and peaked at #3. The album subsequently peaked at #3 in the UK Albums Chart. The song is also played in other video games, such as the 2005 versions of NHL and Madden NFL, SingStar, and Dance Dance Revolution Universe 2.

The song is pretty easy, but the repeated string of notes may be confusing. 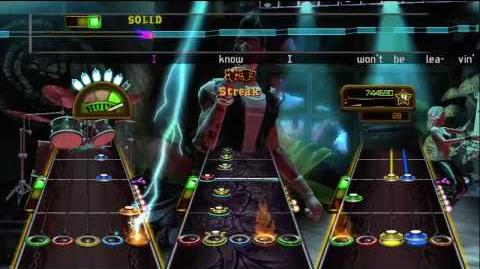