The Ted Nugent Guitar Battle is the second guitar battle in Guitar Hero World Tour. The format for this battle and Zakk Wylde Guitar Battle are different from Guitar Hero III: Legends of Rock. It is playable in the main setlist but was also offered as downloadable content to be played in Quickplay.

The song is structured like the Zakk Wylde Guitar Battle in the way that it trades back-and-forth solos, and has the new battle meter that only helps the player; Ted cannot attack you, you simply have to do well enough that you don't fail. The song gets harder throughout, culminating in a massive dual guitar solo that finishes off the track.

Unless downloaded, it can only be played as part of guitar career mode and appears as a boss battle at tier 9, Strutter's Farm (Kentucky). 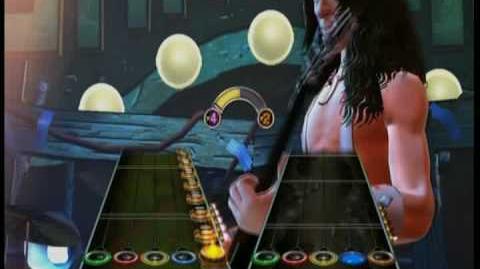