The Joker is a single from the Steve Miller Band's 1973 album of the same name. It topped the Billboard Hot 100 for a short time in 1974.

Twice during the song the Lead Guitar will get a quick touch note section that sounds like a 'foxwhistle' that can give you somthing to smile about whilst playing the song.

The Joker was written and produced by Steve Miller on October 1973. It has a wide variety of references, including one leading to Miller's earlier songs, "Space Cowboy", "Enter Maurice" and "Sailor". The phrase "gangster of love" leads to the song Sailor. This song also mentions a 1954 song by The Clovers, with the line "Lovey Dovey". The Joker is also well known for the wolf whistle sound done by a slide guitar technique.

The Joker also appears on several T.V. shows, including King of The Hill, The Simpsons, That 70's Show, Friends and many others including a David Letterman episode. In the Marvel Comics series, Deadpool: Suicide Kings, Deadpool introduces himself by quoting some of the song's lines, saying, "Some people call me Deadpool, some call me the gangster of love, some people call me Maurice, 'cause I speak the pompatus of love."

Much like Hotel California, this song is slow and laid back. This makes it somewhat easy across all instruments. The vocals can prove to be tricky however. 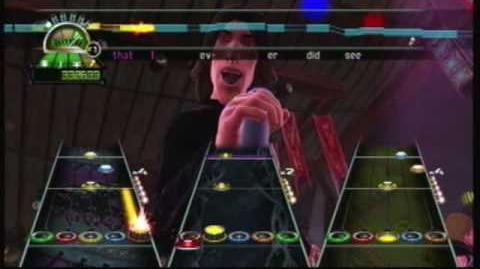