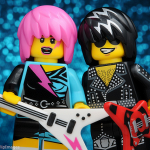 This will always be my favorite wiki ever! No matter if the GH franchise is ever revived! ~ Cake

u say Flowers,﻿ I say Puddle of Mudd

92% of teens have turned to pop﻿ and hip-hop.If you are﻿ part of the﻿ 8% that still listens to real music, copy and paste this message to 5 other places. DON'T LET ROCK DIE!

In 2005 Judy Nails discovered that she wasn't famous for her music, but cause she was hot which made her really mad. In 2007 Judy Nails started becoming Chubbier so she could at least become famous for her music. In 2009 she started getting involved with drugs and depression. In 2010 she died and went to hell since she is seen as a demon Grrl in GH:WoR

Retrieved from "https://guitarhero.fandom.com/wiki/User:Cakedude222?oldid=33261"
Community content is available under CC-BY-SA unless otherwise noted.