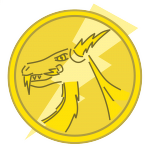 Hello, I am ThunderDragonRandy, formerly NejiHyuga900/TDPNeji, and I am a staff of the WikiHero. I am a professional, master-like Guitar Hero player (if not God-like) and I don't really play Rock Band games. I do own an Xbox 360 and I have most Guitar Hero games for it (I no longer have my Xbox 360 and all of my Xbox 360 games were sold) but I do own a few Guitar Hero: On Tour games for Nintendo DS.

Besides here, I am also an admin at the Ninja Saga Wiki but I quit playing Ninja Saga so I am no longer editing that Wiki (actually, I will at occasional points to see how that Wiki is doing). But I'm very well active on the Zatch Bell Wiki as a regular user.

So far, I haven't done much major edits in this Wikia, despite my title as a staff member, but I do some minor edits in pages like grammar errors, spelling errors, punctuation errors, etc.

I don't really play Guitar Hero these days anymore on my Xbox 360 but I do occasionally. Instead, I have been mostly playing Phase Shift (website) which is an awesome Guitar Hero/Rock Band-like rhythm indie game for Windows. And I also have been playing Guitar Hero Live almost daily on my Wii U. GHTV mode is pretty addicting.

Here are a list of Guitar Hero games I own or used to owned (even though I don't have them anymore, I do have their setlists for Phase Shift).

Other rhythm-based games that plays like Guitar Hero that I own or have installed.

Other Guitar Hero games I played included games that are like Guitar Hero, that I currently don't own.

I am really good at Guitar Hero games. I am better at doing guitar solos rather than guitar rhythms in Guitar Hero like I shred. But in real life, I am a better rhythm guitarist than a lead guitarist. However, I suck at solos in the classic Guitar Hero games since HO/POs are harder to pull off in the earlier games created by Harmonix. This is why I don't play Rock Band games that much.

As for Guitar Hero Live, I also play on Expert. It took me at least a week to get used to the new button layout.

Just like Guitar, I am good at Bass, since Bass is easier than Guitar. I easily got the hang on open notes. My bass skills are the same as my Guitar skills like I easily dominate songs. Sometimes whenever I sightread a song (first seeing the notes of a song), I get 100 percent on it, until if I am in the farther down setlist.

My skills on drums tends to be average. I am not a great drummer but drums are kind of fun. I can get rhythms right but what troubles me are bass notes that goes in between notes. I am not good at hitting the same note really fast with two drums going from red to blue to green or in reverse. It seems hard.

I am not good at singing, except singing Ozzy Osbourne, Metallica and DragonForce songs since I listen to them a lot. I always do Expert but I usually get 3 stars on songs on Expert all the time. I just make noise in the mic instead of singing because it would be easier for me to stay on pitch. I always thought that vocals was my weakest thing but I do a bit poorly on drums too. Whenever I play a solo band (with an instrument and vocals), I always set vocals to Beginner because it would be easier because it is hard to focus on two screens.

I also make custom songs for Phase Shift and Clone Hero. They could be played in Guitar Hero III PC (with the plugins created by ExileLord) but I wouldn't recommend it because my songs use advanced note types and instruments.

Retrieved from "https://guitarhero.fandom.com/wiki/User:ThunderDragonRandy?oldid=40767"
Community content is available under CC-BY-SA unless otherwise noted.