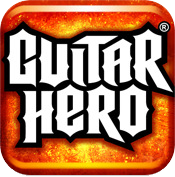 Bad news Guitar Hero aficionados... Activision announced today, that they will "disband Activision Publishing's Guitar Hero business unit!" The company has ceased development on their planned 2011 game, but it is unclear if DJ Hero is also canceled. Activision blames a declining interest in music genre games and maintain that they "desire to focus on the greatest opportunities that the company currently has to create the world's best interactive entertainment experiences."

Are you devastated? They did leave one glimmer of hope, saying the brand would need to be "re-assessed" going forward....

Retrieved from "https://guitarhero.fandom.com/wiki/User_blog:Babyjabba/Activision_Dumps_Guitar_Hero?oldid=26705"
Community content is available under CC-BY-SA unless otherwise noted.