Yes We Can is an unlockable song in Guitar Hero 2, performed by the band Made in Mexico.

The guitar chart mostly consists of two frequently changing riffs: the G GGRRRRR YB YB main riff (all of which move one fret up during the chorus), and the O OOOOOOOO RO RO bridge riff. The guitar tone makes it at first seem to be not a guitar, because of its high, chinking sound and prevalence in the mix. Midway through the song, there is a small break, followed by a free-form whistle solo accompanied by the alternating RY BO chords on the guitar, then another short break.

The song is one of the easiest FCs in GH2, and has many ties for score on the ScoreHero leaderboards. In fact, for most of GH2's competitive peak, over 50 people held the score for first on Expert. Since none of its SP phrases have holds, it is commonly suggested by the top players as a starting point to get a handle on squeezing. This song is also unique in the fact that it is the only song to have a score ending in 00 if all the holds are hit.

The optimal SP path for YWC includes an infamous "double squeeze" in the whistle solo. In order to achieve this double squeeze, the player must activate as late as possible on the note before the normal squeeze, then hit the last note as early as possible. The squeeze was first brought up by debr and his optimal score calculator, and was for a long time considered impossible. To date, this has only been done by one person, Lo7.

YWC is generally considered one of the worst songs featured in any of the Guitar Hero games, along with Farewell Myth, the Made in Mexico song featured in GH1. When determining how bad songs are, people often first find how similar it is to YWC. 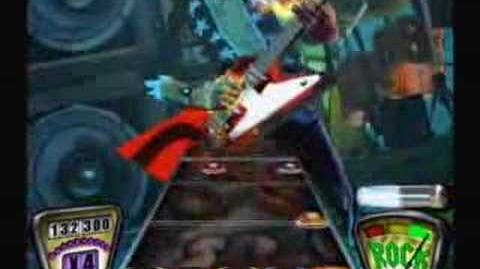